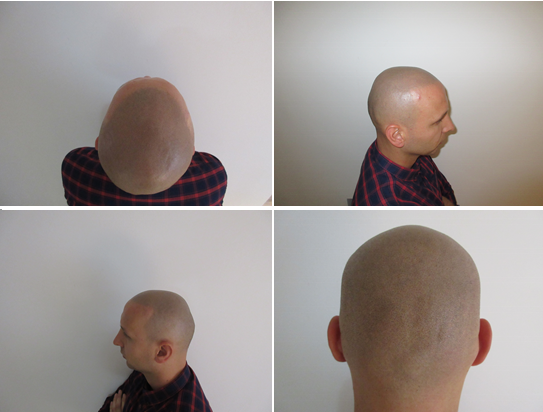 For many within the Muslim faith tattooing is Haram and subsequently for those that believe this it naturally implies that traditional scalp-micropigmentation and scalp tattooing is Haram also as the pigments permanently mark the skin. Reading through the internet you’ll find varying opinions with regards to is tattooing haram, yet on a whole it would appear that majority of opinions suggest that any form of permanent tattooing is Haram. Among many a leading Muslim internet site quotes:-

‘Tattooing, in which the skin is pierced with a needle and a blue or other coloured dye is injected, is haraam in all forms, whether it causes pain or not, because it involves changing the creation of Allaah, and because the Prophet (peace and blessings of Allaah be upon him) cursed the one who does tattoos and the one for whom that is done. In al-Saheehayn it is narrated that ‘Abd-Allaah ibn Mas’ood (may Allaah be pleased with him) said: “May Allaah curse the women who do tattoos and those for whom tattoos are done, those who pluck their eyebrows and those who file their teeth for the purpose of beautification and alter the creation of Allaah.” (al-Bukhaari, al-Libaas, 5587; Muslim, al-Libaas, 5538).

With regard to all these matters, the ahaadeeth testify that the one who does them is cursed and that they are major sins. There is some difference of scholarly opinion as to the reason why they are forbidden. It was said that it is because they are a form of deception, and it was said that it is because it is a way of changing the creation of Allaah, as Ibn Mas’ood said – which is more correct and also includes the first meaning. And it was suggested that what is forbidden is only that which is permanent, because that is changing the creation of Allaah; as for that which is not permanent, such as kohl which used for adornment by women, that is permitted by the scholars. (Tafseer al-Qurtubi, 5/393).’

So if what is referred to in the question is that which is not permanent, then it is not a tattoo as such and does not change the creation’( https://islamqa.info/en/20283 )

The above points may still from time to time be challenged by those of the Muslim faith with regards to is scalp tattooing haram and subsequently is Scalp micropigmentation Haram yet it strongly suggests that there are few such questions when considering Tricopigmentation (Pigmentalia) as a true hair loss solution * for those within this faith sector.

*Results may vary from person to person