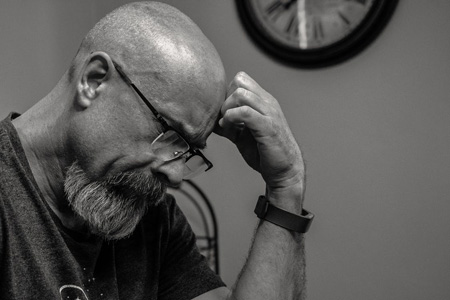 As little as only two years ago, here at Redeem Clinic we were seeing as few as one client every three months looking at our laser tattoo removal services in relation to their scalp micropigmentation removal requirements, we now see approximately 3-4 a month.

On the face of it 3-4 clients a month seeking SMP removal doesn’t sound many, yet when you consider the treatment is supposed to last many years, before rectification work is likely to be needed, then a tenfold increase in less than 24 months raises some questions?

So what are the clients looking for with regards to their scalp micropigmentation removal?

The first and most common request is to remove pigment that has spread making the dot size to large, which result in a very unnatural tattooed look. 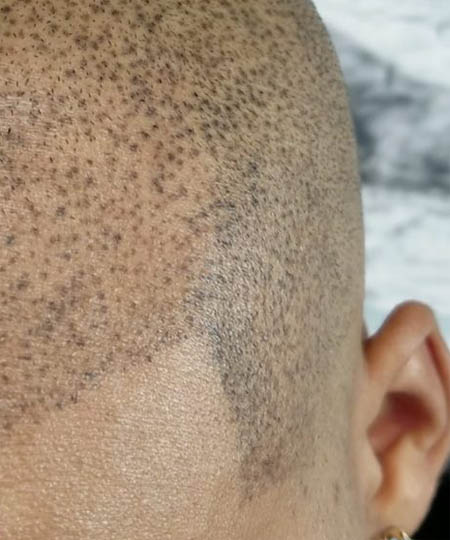 Secondly removing pigment that has turned blue. There are various reasons why pigment turns blue. Most people suspect this is due to poor pigment being used, which can often be the case. This said depth of ink is often a common cause for the blue appearance. The pigment itself may be black, yet when seen through the layer of skin this can give a blue tinge appearance. UV can also fade the pigment to a blue looking colour yet this usually is only on old treatment not new treatments. 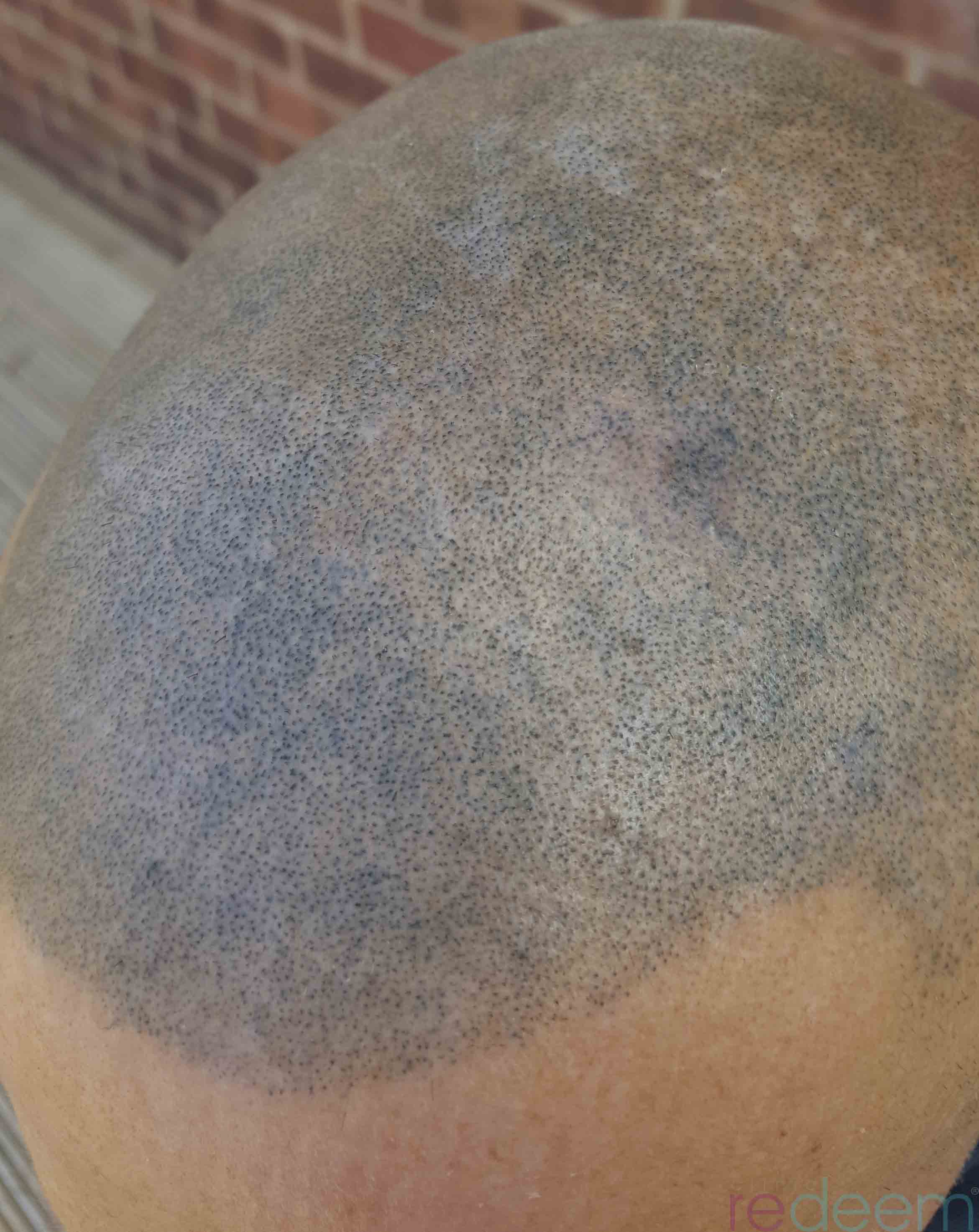 As fashions change so does, scalp micropigmentation. Initially many male clients were looking for very crisp, clean fringe/hair lines, yet over recent years this has moved to softer more natural look being requested. By utilising specialist laser heads, hard hair lines can be made to look soft with the removal of some pigmentation and reshaping of the area, this rarely can be achieved with re-working the area with SMP. 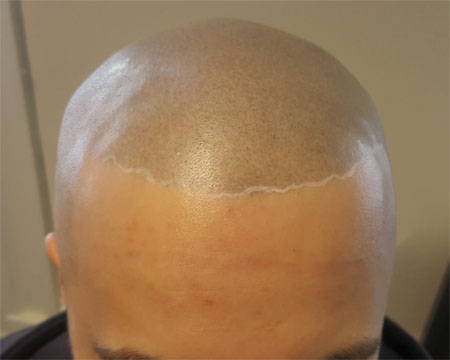 The final reason we find people wanting laser removal is due an overall poor standard of work, where there technician may have not drawn the hairline correctly, had a high density of pigment in one area over another, has highly densified all over giving the appearance of helmet head, or following a very worrying trend, microbladed their scalps to give a hair stroke appearance. 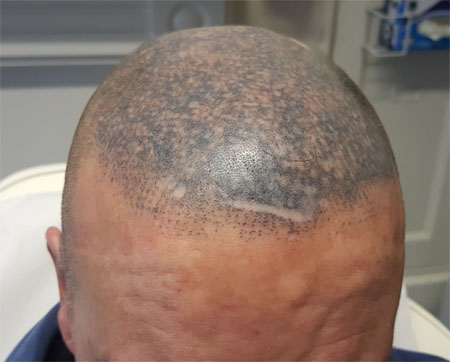 So what’s the reason for all of these issues? Well in our opinion it’s simple, when we entered the micropigmentation market several years ago there were less than a dozen clinics nation-wide offering the service. As the industry started to become more recognised more and more people started to train as technicians the vast majority were still not turning to SMP for their hair loss solution.

In addition as competition become greater, some technicians are looking to attract customers with low prices. Where a low price may sound like a great deal for the customer in reality it often comes with its caveats.

Low prices often drive technicians to seek out the cheapest products for their treatments, be that needles, inks or aftercare. However more than often it means the technician will take less time on a treatment or rush to finish. Here at Redeem Clinic we rarely see removal clients that have to be clinic charging the appropriate price for their professional skill/experience yet we seem many from clinics offering prices too good to be true or offering huge discounts to gain custom.

So as the saying going ‘research is everything’. There is help out there should you be duped into a poor procedure or simply having a change of heart.